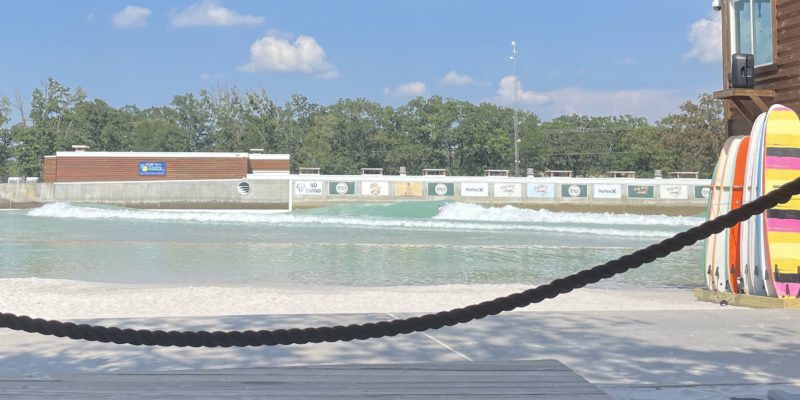 The Best Wavepools You Can Surf In America (2022)

The past few years have seen an explosion in the number of wavepools. While purists are not yet sold on wavepools, the fun factor, wave predictability and opportunities for progression cannot be denied.  Ask anyone who has been to Waco, Kelly’s pool or one of the others on the list below and they’ll tell you how much fun they had.

What can be better than surfing predictable, perfect shoulder high waves while you trade high fives until you are surfed out. Plus, there is usually a cold beverage, a shower, photos from your session and a hot tub waiting for you after you hop out of the pool. Similar to how a basketball player can spend hours focusing on deliberate/repetitive practice with a stationary hoop, a wavepool offers many similarities for surfers to “get their reps” in. So if you’re interested in exploring some of the best spots to catch some wave in America, read on…

While the perks to visiting a wavepool are undeniable, there are, however, some quirks and counter-intuitive surf techniques that you need to study up on before you visit any pool. Surfing these wavepools can be difficult, even for seasoned surfers.  *I’ve seen guys hop off the plane from Hawaii after surfing 8ft Hookipa and spend the first 30 minutes of their session trying to catch their first wave because they didn’t adjust to the setup.  Then there’s the added stress of missing waves knowing you’ve paid X amount for a limited window and the clock is ticking.

A good rule of them is to lose the ego, focus on the fun factor and listen to the staff and locals to garner tips/tricks about the wave and where to sit in the lineup.  When in doubt, surf with extra volume, to account for the decrease in buoyancy in the fresh water. Now on to the list of pools in the US available so far…

The Best Surf Wavepools in the US

Looking for a place to hang out with your friends and have a great time? Look no further than Waco, Texas. Waco Surf, in the heart of Texas, is one of the best wave pools in the US. There is a hip hotel on site, lazy river, water slides, RV hookups, poolside cabanas and a wakeboarding cable park. The resort’s 2 acre surf lake is powered by PerfectSwell® surf-generating technology, which typically sends sets of three back to back waves through out every session.

Located a few minutes from New York City in East Rutherford, New Jersey, Skudin Surf is located within the massive American Dream mall.  Skudin operates in the same pool as the Dreamworks waterpark, where you’ll see Shrek and other massive cartoon statues hanging from the waterslides that frame the pool.

They’ve engineered really fun waves for all abilities with their PerfectSwell technology in each 2 hour session. Their A, B, C and D sessions offer different types of waves, from a-frame waves, an under-the-lip-take-off barrels, air sections and a left/right perfect section wave.  Skudin hosts sessions before Dreamworks opens for the day and after they close, so there aren’t any crowds except fo the stoked surfers having fun in the warm indoor pool sending perfect peaks. Public sessions cost roughly $250 for each 2 hour session, however, the price is cheaper during weekdays.  We lost count of the number of waves we surfed, since they throw so many combinations of waves every hour.  We likely surfed 30-60 waves in the session which amounts to $4-8 per wave

Located within Walt Disney World in Florida, the team engineered fun left and right waves in the famous Disney Typhoon Lagoon.  The best way to surf this pool is to book a private session with a group or find a group that is already going.  Each three hour session offers 100-150 waves and prices range from $1,100 to $2,100 depending on the dates and time of day.  The wave itself is a fun peak that breaks from each side of the pool and offers a few fun sections for turns along with an end section to practice some airs. $1,500 /150 amounts to $10 per wave if you wanted to book the session all to yourself. 😉

The king of wave pools, this exclusive resort in Lemoore, California is only available via personal invite or with a big wallet.  This wave is perfect and Kelly has fine tuned this pool to offer a “peak experience” for anyone lucky enough to get an invite.

Their level technology produces the longest, open barrel, high performance, human-made wave in the world. Founded on a formal scientific investigation to recreate the best ocean waves, Kelly Slater Wave Systems are designed, constructed and maintained to the highest industry standard delivering reliability, safety and performance. This is the only wave system to earn the WSL Certified designation, meaning the waves are fit for WSL elite competition.

We’ve never surfed this wave and can’t share a ton of detail, but this is in Marion Indiana and open in the summer months. They have a wavepool that mainly has swimmers hopping around, but they do close off the pool to surfers only on occasion that pumps out waves that are surfable. They also have a lazy riv­er, two rac­er slides, ​‘big flush’ slide, large wave pool, and kid­die play area with a play pad topped with a large buck­et water-drop mak­ing a big splash! Scheduled to open in late 2022 or early 2023, this was previously the “Wet n Wild” waterpark.  Powered by the Surf Loch technology, they can control the size, shape and direction of waves through their unique setup.  The waves look really fun and we can’t wait for an invite 😉

Brought to you by Swell Manufacturing, this wave pool is scheduled to open in Spring 2023.  They say they’ll have lefts/rights a peak and other custimazations.  The pool is located in the east valley of Phoenix Arizona at Cannon Beach, Mesa Arizona, only 30-ish minutes from the main airport.

A few of the best wave pools outside the USA 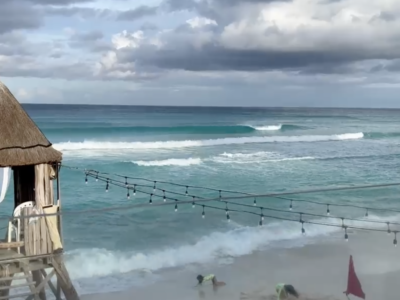 Locals say Cancun only breaks like this 10 days each year.  Definitely a... 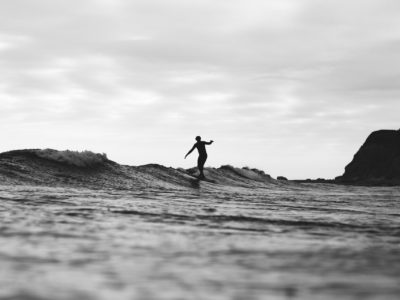